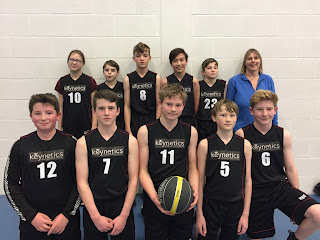 With Saxons first team playing in the SW Regional League today this was an outing against the host's B-team. A good start to the day an a rare win for a Leadonites team against a Saxons team. 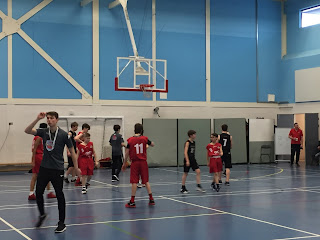 Some emotional players at the end of this match after some disputed early foul calls gave Shock a head start. But for all that it was not the referees who lost us this match for Leadonites; for that we have to look closer to home. Some poor substitution rotations by Coach Chalkley started Leadonites off on the wrong track. Having gotten back to 12-all in the second half we missed the chance to go into the lead before Shock went straight down to the other end of the floor to score themselves. Then a tale of four missed free-throws in the last three minutes came to bear in a match lost by six points/three scores. 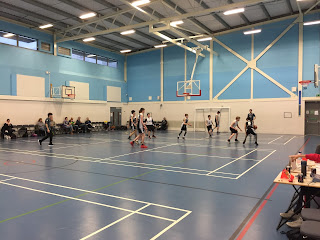 Another shaky start for Leadonites before eventually pulling clear at half-time. With players making up their game time it was pleasing to see some of the newer players in the thick of the action in the second half and not only holding their own but even pulling away to victory.
Also please was the progress Spartans, a new club, have made since their last visit to Glozball. 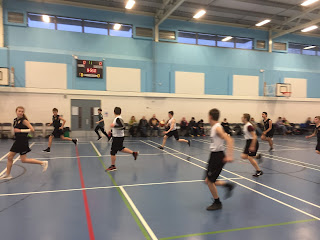